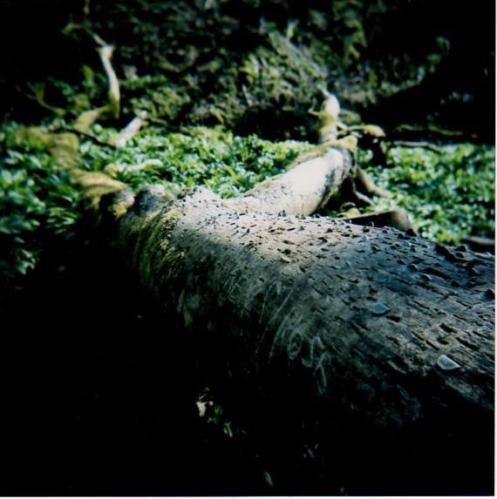 I have just submitted this to Prototype Magazine for their Enchantment issue.

This was taken on my Holga camera at Janet’s Foss in Yorkshire.

This tree near the fall is a money tree, which over the years has had hundreds of copper coins hammered into it by walkers for good luck. For me, this sums up an enchanting and curious British woodland and all of its natural beauty.